Our story
Home » Our story

Did you know every five minutes another Australian is diagnosed with cancer? That equals 288 people diagnosed today alone.

Brent Collier had worked with cancer patients since 2002, and was already an ambassador for NSW Cancer Council’s Relay for Life, when he decided he wanted to create an event that tapped into his love of the great outdoors and specifically mountain biking; one of the elements he credits with helping him manage the stress that came with his cancer diagnosis, and with his recovery following surgery.

While the initial idea was to get a few friends together for a ride in the Royal National Park and donate to do so; over a couple of coffees with friends this gem of an idea grew into a relay event for family and friends, where people could come together and share both riding and fundraising. In a few quick weeks Short Circuit Cancer went from an idea, to an event that would raise funds to find a cure for cancer.

The first Short Circuit Cancer mountain bike event was held in February 2011 – with a fundraising target of $10,000. The first event raised $30,000 and became the biggest single fundraiser for NSW Cancer Council’s Relay For Life (the charity to which the money was donated).

It could have been a one-off event, but the local community of riders who took part were simply not going to let that happen…and so Short Circuit Cancer is now entering it’s fifth year – with the fourth event having taken place in March 2014.

To date over $150,000 has been raised and donated to the Cancer Council NSW from this ONE local event.

With our annual target doubling, Short Circuit Caner are expanding – our next event is at James Estate Winery in the Hunter Valley – then into other communities and States. 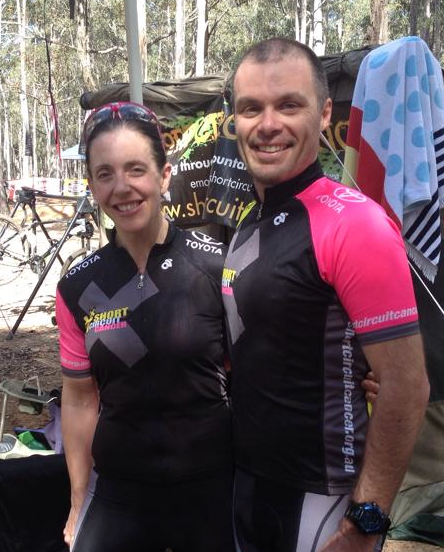